Grant Lars Visscher was born on April 8th 2008. The Visscher family knew Grant would be born with coarctation of the aorta, a congenital heart defect requiring surgery to replace his malformed valve with a gortex valve. He was taken to Colorado Children’s Hospital shortly after birth for a six-hour long surgical procedure that would rectify his heart defect. 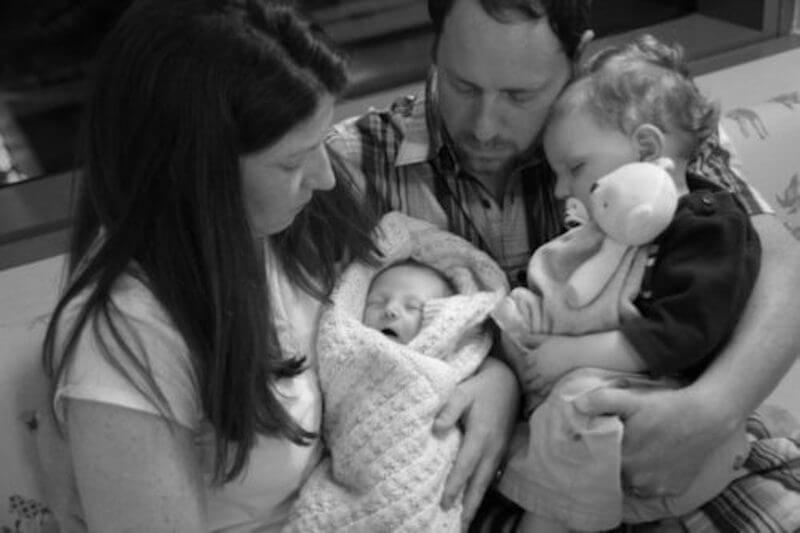 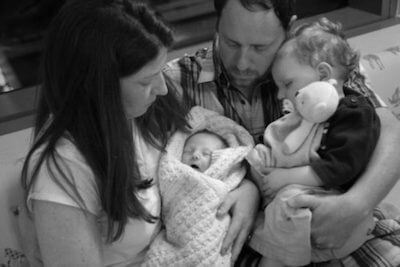 Deahna, Grant’s mother, discharged herself from the hospital nearby where she had undergone major abdominal surgery from the C-section. She rode with Grant in the ambulance and met her husband at Colorado Children’s Hospital. The surgery was a success. For the next couple of days, Grant’s recovery was going well. He was transferred from Colorado Children’s Paediatric Intensive Care Unit to the Cardiac Progressive Care Unit.

Feeding started to become difficult, so medical staff decided to try a feeding tube, nasogastric tube placement was the primary option, but Grant struggled. Staff attempted to place an orogastric tube, he coughed that out too.  With Grant’s oxygen saturation level’s dropping into the low eighties, he was placed on a CPAP machine to assist with his breathing. A chest x-ray then confirmed his lower left lung had collapsed from open-heart surgery (a common problem in infants post-surgery).

Despite this, he started to show some improvement. The following day Grant was taken off the CPAP machine and placed back on a nasal cannula for oxygen. Despite a failed first attempt, nurses managed to successfully place a nasogastric tube during an x-ray, placed trans-pyloric (in the upper small bowel) to help with reflux, so that Grant could continue milk feeds.

Feeding was going well over the next couple of days, at just eleven days old the hospital told the Visscher’s they could take Grant home in a couple of days.

All day long Grant was fussy and distressed. At around 8 pm that evening he was getting worse, something wasn’t quite right. ‘His breathing was raspy, his colour seemed off, he was blowing whitish bubbles out of his mouth. Then his lips began to turn blue’ Deahna recalls.

The nurse present, who had just commenced Grant’s feed, hit the ‘Call’ light and told Deahna to run out into the hall to get help. Deahna and Rich then watched on as medical staff attempted to resuscitate him, but they couldn’t.

Grant was pronounced dead at 9:10 pm that evening, the nasogastric tube had pierced the little infant’s trachea, drowning him on his own milk. He was just 11 days old.

But Grant Lars Visscher did not die in vain. His mother has been on one of the most tenacious missions since this tragic medical error, inspiring us and so many others along the way. If Grant could see what his mother has achieved, he would be extremely proud.

Turning personal tragedy into a mission to save others

Having to revisit the memory of losing a loved one is something we have all encountered in life, it’s difficult.

No words really spring to mind to describe how it must feel to repeatedly revisit the death of your newborn infant who had their whole life ahead of them. It takes a lot for someone to be this courageous in the face of adversity, all in the name of patient safety. This is exactly what Deahna has done.

Her ultimate goal is to prevent anybody else losing their child from the auscultation method that failed to confirm placement of Grant’s nasogastric tube. Deahna’s work has advanced patient safety in so many ways already, and this feels like just the start for her. An alert was issued in 2012 by the Child Health Patient Safety Organisation that recommended immediate discontinuation of the auscultation method for assessment and verification of NG tube placement. Colorado Children’s Hospital also made immediate changes in their practice and procedures, banishing the auscultation method as a verification technique – adopting pH testing of aspirate as the first-line method and x-ray as the second-line if aspirate is unobtainable, pH of aspirate is inconclusive, or struggle occurs during placement.

When asking a member of staff at CHC why NG tube verification procedures had changed, Deahna had Grant’s story recited back to her

‘She had no idea she was sharing Grant’s story to his mother. When I told her who I was it was the most beautifully painful and validating moment of my patient safety work’

It doesn’t stop there either. Deahna sits on the patient safety committee at the hospital where Grant died, she visits medical schools to speak with nursing students and is routinely asked to give presentations at various medical organisations to promote evidence-based practice to confirm NG tube placement. She gives patient safety advocate speeches at conferences – recently speaking at the National Association of Neonatal Nurses Conference, a group that aims to make a difference to neonatal nurses, patients, and families. She even lends strength and support to others at a grief support group in her neighbourhood.

When it becomes apparent that hospitals aren’t using evidence-based practice to verify NG tube placement, she reaches out to them and shares Grant’s powerful story, providing supporting documentation to implement safer practice for placement. One day, when she was watching the paediatric NG tube placement video produced by ASPEN, the next video in the queue really hit home, she took immediate action. It was a video on the Children’s Hospital in Cincinnati’s channel, promoting the auscultation method for families going home with a child on a feeding tube to verify correct placement. After reaching out to Cincinnati Children’s, the video was removed in an instant, followed up by a presentation to the team with clinical evidence-based practice in that particular hospital to ensure children being released into the community with an NG tube don’t fall risk to the root cause of her own son’s death.

Deahna’s most recent endeavour was at the Children’s Hospital Association Patient Safety conference on March 20th in Atlanta. Deahna told us that her session – ‘How a Mother’s Story and Sharing Across Hospitals Has Transformed Pediatric Safety’, influenced many to return to their hospitals and make changes to the way they verify tube placement. Yet another success story under her belt, and certainly not the last!

Working with ASPEN (American Society for Parenteral and Enteral Nutrition) on the NOVEL Project Task Force.

What is the NOVEL project? New Opportunities for Verification of Enteral Tube Location project, launched in 2012, was formed to address an important issue – what is the best practice to verify nasogastric (NG) feeding tube location in paediatrics. X-rays are most commonly used in the US to verify placement, but with paediatrics the tube can be removed several times a day, using x-ray to verify each placement just isn’t feasible when overexposing paediatric patients to unnecessary and harmful radiation. Also, when a baby is crying or is breathing faster than usual, the epiglottis is open more than it usually is, giving rise to the tube more likely to be placed in the trachea – this makes it even more difficult to spot signs that alert to misplacement.

Deahna has become an integral member of the NOVEL group committee, working as a Parent Representative and Safety Advocate supporting other project members through collaboration with specialty nursing organisations. Working with existing technology and accepted procedures, such as pH testing, they promote consistency of practice amongst individual nurses and paediatric acute care centres. They also work closely with biomedical engineers and industry to develop non-radiological methods of confirming the position of nasogastric tubes, allowing for re-confirmation of placement. Once a month, committee members meet to discuss findings and promote what the gold standard should be.

Members have published several evidence-based articles since launching, from Best Practice Recommendations from the Novel Project to Use of Temporary Enteral Access Devices in Hospitalized Neonatal and Pediatric Patients in the United States. You can access all publications and resources here.

The issue of needing a gold standard for ng tube placement was also picked up and championed by the Patient Safety Movement Foundation (PSMF) when Deahna, with the support of NGPod’s founder Stephen Thorpe, pitched the idea at the PSMF mid-year meeting in Washington back in 2017. Deahna sits on the committee that created and continues to fine-tune the Actionable Patient Safety Solution for Nasogastric Tube PlacementVerification (APSS #15). In February, NOVEL Project Chair Beth Lyman and Deahna took the stage at the 5th Annual Summit of the Patient Safety Movement Foundation in London to discuss the issue on an international basis.

Sadly, Deahna is not alone with her experience. As the global healthcare system awaits an accurate universal test to confirm nasogastric tube placement, outcomes that she experienced first-hand will continue to effect patient and families worldwide. It is people like Deahna striving for patient safety that are leading the revolution. Keep up the great work Deahna.

Why do Misplaced Nasogastric (NG) Tube Never Event’s continue to be reported?

The NGPod handheld devices overcomes many of the risks associated with existing Nasogastric placement confirmation methods.

The NGPod device is a safer, quicker and more reliable way of determining nasogastric tube placement.

New How to Use NGPOD video now available through App

Thank you! We'll start sending you updates.
Oops! Something went wrong while submitting the form! Please check your email address has been entered correctly.

What is patient safety "Never Event"?

NGPOD brings benefits in from first use

NGPOD Presentation showcases the benefits of the "Game-Changing" system

Got a question about NGPod, and how it makes NG Tube use safer for patients and simpler for healthcare professionals? We'd love to chat.

Thank you! Your submission has been received!
Oops! Something went wrong while submitting the form! Please check that all the mandatory fields are completed!